Robert Redford and Lucille Ball, my cousins (Co-Ancestor No. 23)

Charles Robert Redford and Lucille Desiree Ball are my cousins on my mother’s side. We trace our respective lineages back to one Ens. Thomas Lee (1640-1704), an early, early resident of Lyme, Connecticut. 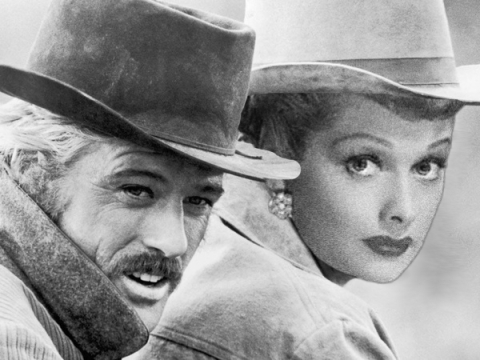 Mr. Redford (or Bob, as we’ve always called him) and I are 10th cousins, once removed.  Lucy and I are 8th cousins, three times removed.

Bob’s line incorporated some of the same family names as my tree – the Pecks, the Elys – before his gets into the Young family and relocates to the Kentucky-Arkansas-Texas region. Eventually they made it all the way to Southern California, and the rest is film history.

Lucy’s line stuck pretty much out east, and consists entirely of unfamiliar (to me) surnames . Lucy’s family settled, and is incredibly fondly remembered, in Jamestown, Chautauqua County, New York.