Even though I’ve read several of Ivan Doig’s books, I’m not particularly qualified to discuss him as a writer. And even if I were, I’m not sure this blog is the proper forum for such a discussion.

Ivan was an acquaintance – I used to work for his attorney-slash-bosom buddy. And I bent his ear on several occasions about how his hometown, the setting for several of his stories, was also my mother’s birthplace.

White Sulphur Springs sits at the halfway point in the 200 miles between Great Falls and Bozeman, some 75 miles east of Helena. And I have actually been there… but rather than buying the t-shirt, I  bought me a snazzy straw cowboy hat instead!

It’s funny – I consider myself a capable writer. But when I have to write about another writer – particularly one of Ivan’s caliber, I get all squeamy. So I offer this, from the “This House of Sky” synopsis found on ivandoig.com.

What Doig deciphers from his past is not only a sense of the land and how it shapes us, but also of our inextricable connection to those who shape our values in the search for intimacy, independence, love and family.

My favorites of his books – specifically because of their White Sulphur Springs setting – are these three, the so-called “McCaskill Trilogy”. But pick up any one of his novels – any one. I cannot recommend them (that is, HIM) enough. 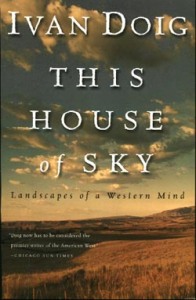 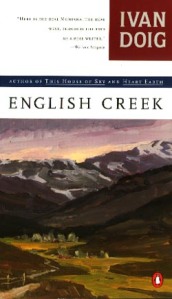 My biggest regret, on a personal level, is that I never got around to asking him about the connections I’ve found between his family and mine. Connections with, specifically, the daughters of my grandmother’s aunt, Katie Madison.