Whenever anyone asks how and why I started doing this genealogy thing (including all those times I ask myself), the answer is always the same: John Clark Watson (or “JCW2”).  (He was the second by that name, but not a Junior… though he would be eventually be a Senior.  Way easier this way.)

JCW2 was a second cousin of my grandfather Howard Watson. Their respective grandfathers, John and Truman, were brothers – brothers who were fortuitously placed next to one another in the family’s 1864 portrait.

I never heard of any  John Clark Watson until one day in my high school years when Dad received a package from JCW2 containing a letter, some forms to fill out, and a bunch of xeroxed pages containing names, addresses, dates and numbers. Dad made his corrections and returned the forms, as requested. But me, I’ve spent the better part of 35 years diving in deeper and deeper in to the stuff in that envelope.

JCW2 was born in Schenectady in 1903 and died in 1985 in Palm Beach County, Florida. He attended Dartmouth, married three times (divorced once, widowed once), had two children and adopted his second wife’s daughter.  He decided to devote his retirement years to the documentation of his family history, of which he said he knew nothing.

Well, he learned a lot – and as this was the 1970s, all the research involved legwork, phone calls, and snail mail – but he did it, and documented everything meticulously. He wasn’t always right in his conclusions, but he was darn close.

JCW1, the boy in the portrait above, up and left his wife and children in Schenectady in 1908, ultimately landing in Spokane and working as an oculist. Who moves to Spokane to be a turn-of-the-century oculist??  Whatever his reasoning, he kept in contact with his family, sent money back regularly, and seemed rather content in his new life.

JCW2 and his wife Vergie made a West Coast swing in 1978, stopping at my grandparents’ home in, of all places, Spokane to meet Howard and his three siblings.

And finally, because I have this big thing about family resemblance…  THIS is what a Watson looked like in the early to mid-1930s! 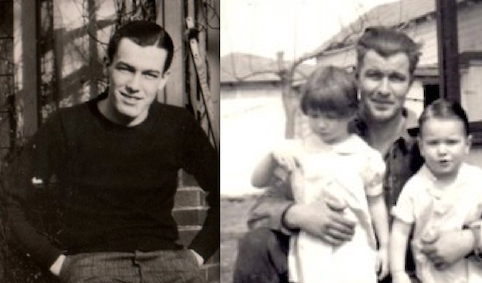